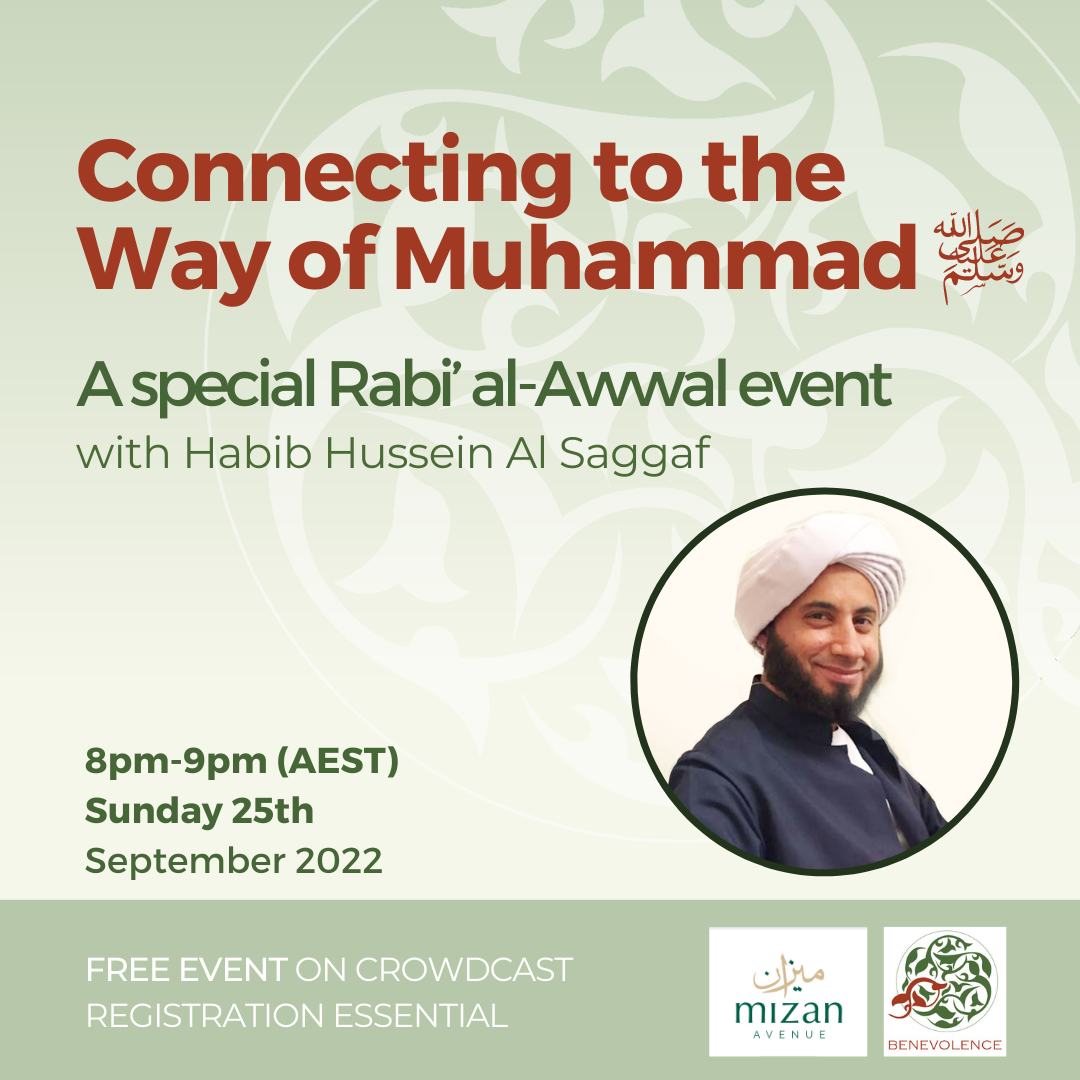 Benevolence in collaboration with Mizan Avenue are honoured to bring you Habib Hussein Al Saggaf all the way from the UAE for a special live class as we welcome the blessed month of Rabi’ al-Awwal.

Habib Hussein Al Saggaf is a descendant of the Prophet Muhammad ﷺ, born in Jeddah, Saudi Arabia in 1971. His father raised him on the love of seeking knowledge, love of the spiritual scholars, love of the righteous and saints of Allah. He memorized the Holy Qur’an before reaching his teenage years. He spent much time in the company of the people of knowledge, religious scholars and the righteous.

It was with these kind of people that he was raised, nurtured, and protected under the guidance of Al Habib Al Imam ‘Abdul Qadir bin Ahmad As-Saqqaf, from whom he was given the ijazah (permission to carry on the knowledge attained). He was also given special attention by and received ijazah from Habib al-Imam Ahmad Mash-hur bin Taha Al Haddad, through whom more than 500,000 individuals came into Islam.

Habib Hussein then went on to study at Al-Azhar University in Egypt in 1992 for six years in the faculty of Shari’ah, Islamic Law, from where he graduated with a degree in Islamic Shari’ah. After his graduation he traveled to the city of Tarim in the Hadramawt valley of Yemen, which is known as the city of scholars and saints. There he became a student of Habib Omar bin Hafith, and studied in Dar Al Mustafa Institute in various Islamic sciences.

ADD TO YOUR CALENDAR

“Benevolence acknowledges the Wurundjeri Woi Wurrung people as the Traditional custodians of the lands on which BeneHouse stands, and we pay respect to their Elders past and present.

Page load link
Shopping cart
There are no products in the cart!
0
Go to Top